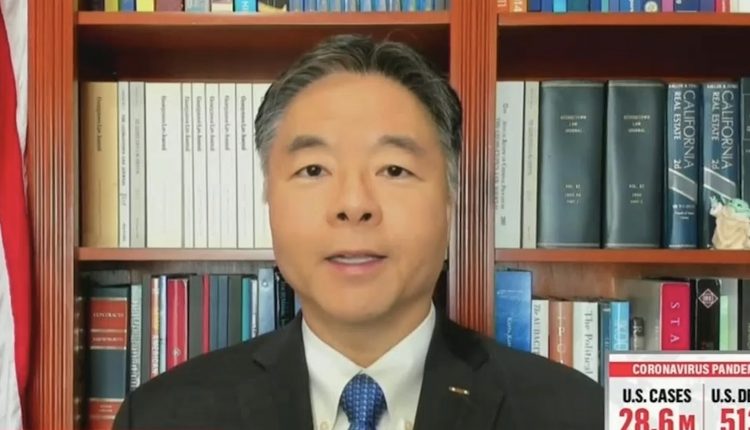 Democratic lawmakers said the GOP could reduce the threat of violence by simply admitting that the elections were not against Trump.

“All they have to say is a simple, truthful sentence: the election was not stolen,” said Rep. Lieu. “Refusing to say so is why we still have National Guard forces in body armor patrolling our Capitol today.”

“There is a way for Republican leaders to reduce the risk of further political violence. All they have to say is a simple, truthful phrase: The election was not stolen, ”@tedlieu said. pic.twitter.com/52ESTcfeEk

Ironically, one of my wife and I’s favorite TV shows was Designated Survivor, and that was exactly the scenario. And now we’re seeing fiction become a reality, and it’s unfortunate that we have all this political violence. There is a way for Republican leaders to reduce the risk of further political violence. All they have to say is a simple, truthful phrase: the election was not stolen. The refusal to say so is why we still have National Guard forces in body armor patrolling our Capitol today.

It is no exaggeration to say that Donald Trump’s election lies, which have reinforced many Republicans, were deadly.

The American people witnessed the consequences of these lies when the attack on the Capitol took place on January 6th and five people died. Now the nation’s capital looks more like a war zone than a place where people’s business is conducted.

If Republicans really want unity and bipartisanism, they can start by simply accepting the reality and admitting that Joe Biden is a legitimately elected president.

They will pose a persistent security threat as long as they refuse to do so.