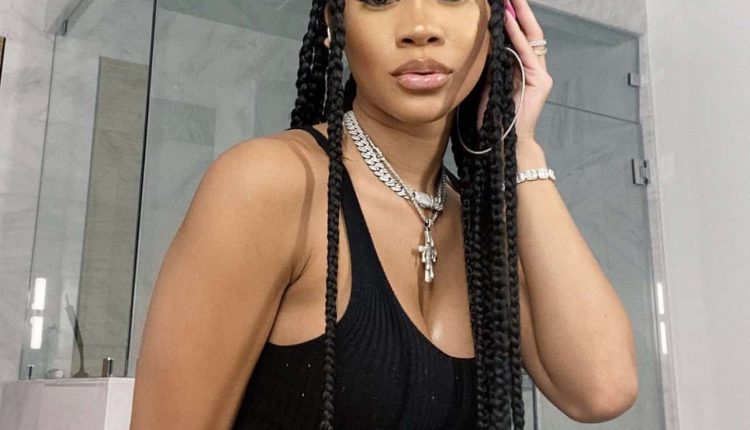 Saweetie spits out rhymes and brings it again to the classroom within the video for her new single, ‘Talkin’ Bout ‘

Roommate, Saweetie continues to bless her fans with tons of new music and visuals following the release of her latest project, Pretty Summer Playlist: Season 1 – and she has just posted the video for one of the project’s standout tracks. In the video for “Talkin ‘Bout” with Loui, Saweetie brings it back to the classroom while spitting a few bars over some familiar samples.

Directed by Whipalo, Saweetie and Loui rhyme with samples from Cali Swag District’s “Teach Me How to Dougie” and Kstylis ‘”Booty Me Down” on Talkin’ Bout. Saweetie wears a sexy school girl outfit, fires her texts and looks good doing it.

Just last week she released the video for her single “Fast (Motion),” in which she can be seen in a number of death-defying and action-packed scenarios. The single will serve as the forerunner to their highly anticipated debut album, “Pretty B ** ch Music,” which will be released later this year.

In a recent interview on Apple Music 1’s “The Plug Radio with Eddie and Nick,” Saweetie talked about wanting to be a better performer and the steps she’s taking to improve her game:

“We work. Because I still have work. I still have interviews. I’m in a boot camp right now. Artist development. For me, I’ll focus on what I’m struggling with. I have difficulty controlling my breath. I’m going to work on my dance move, on my details, all that good stuff. My body, my endurance, my everything. “

It looks like Saweetie will definitely have a very busy 2021.