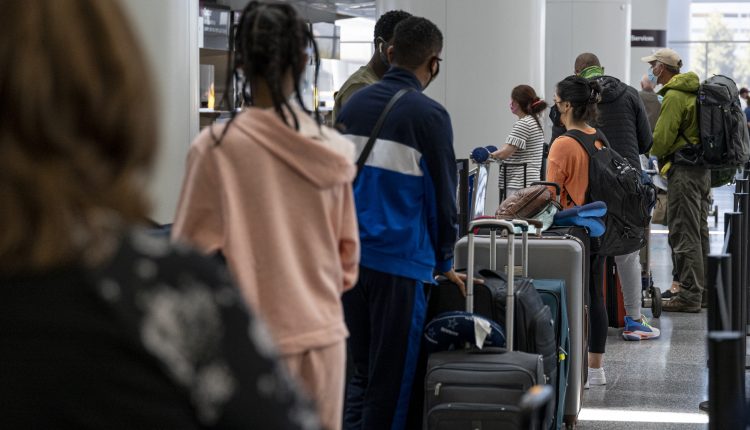 Fully vaccinated and flying? You still need to wear a mask.

The Centers for Disease Control and Prevention said Thursday that fully vaccinated people will no longer need to wear masks indoors and will not have to physically distance themselves in these surroundings either.

But a federal rule that requires all air, rail and bus travelers over 2 years to be in effect, the Transportation Security Administration said Thursday. They are also needed in bus and train stations and at airports. This policy expires on September 14th.

Airlines called for masks at the start of the pandemic about a year ago and banned hundreds of customers who failed to comply. Airlines now expect travel will continue to recover in the summer after vaccinating more people and reopening attractions.

United Airlines said the airline will lift its mask requirement if the federal government does so. At the moment it will “continue to honor this mandate and remind our customers that masks must be worn on our aircraft and in our terminals while this requirement is in effect.”

Other airlines could follow suit, said Airlines for America, the lobby group that represents United and other major US airlines, including American Airlines, Delta Air Lines and Southwest Airlines.

“The CDC’s updated guidelines for fully vaccinated individuals continue to require all travelers on airplanes and at airports to wear face masks, and US airlines will enforce flight requirements for as long as the federal mandate exists,” a group spokesman said.

It’s not clear how airlines would check passengers’ vaccination status, if any, if CDC relaxes guidelines on air travel and other modes of transport.

Cabin crew unions, whose members had to enforce airline policies, asked the Biden administration to grant a mask mandate to give the policy more weight. This mandate came into force in February and was extended last month.

The Federal Aviation Administration introduced a “zero tolerance” policy in January for unruly travelers on board and fines of up to $ 35,000. There has been an increase in such cases, some of which affected passengers who refused to comply with mask guidelines.

The FAA said it has received about 1,300 cases of recalcitrant passengers from airlines since February and has identified about 260 violations to date.

The agency recommended a $ 32,750 fine for a JetBlue Airways passenger on a February 7 flight to New York who was returning to the Dominican Republic after a passenger allegedly not wearing a face mask, throwing food in the air, yelling at and at the crew one had hit the flight attendant’s arm.

It also fined a passenger of $ 16,500 on a Southwest Airlines flight January 26 from Chicago to Sacramento, California. The FAA allegedly refused to cover his nose and mouth, was asked to leave and allegedly hit a flight attendant with his bags.

Sara Nelson, president of the Association of Flight Attendants-CWA, which represents approximately 50,000 flight attendants on more than a dozen airlines, continues to advocate passengers wearing masks while on board masks.