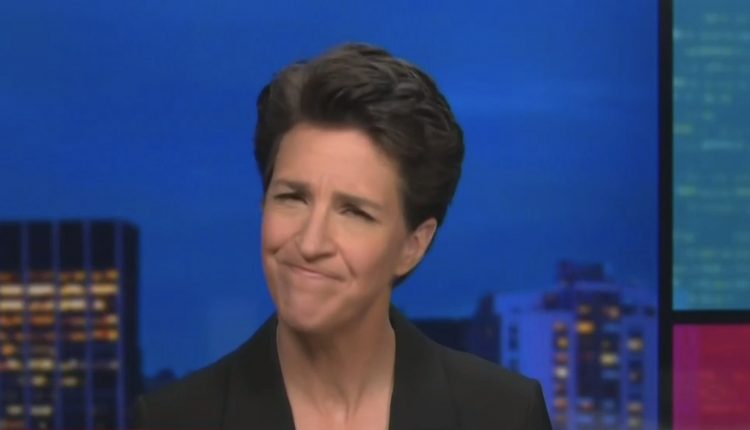 During her program on Tuesday night, Rachel Maddow discharged the 44 Republican Senators who voted against continuing the impeachment process against Donald Trump.

The MSNBC host called the latest GOP argument against impeachment nonsense, especially because it is exactly the opposite of what they said a few weeks ago.

“Today 44 out of 50 Republican Senators voted that this Senate impeachment trial shouldn’t be happening at all right now, and essentially voted that this trial could only have happened while Trump was president, even though they were the ones who did it blocked from happening when they were responsible, ”said Maddow.

Well, today 44 out of 50 Republican Senators voted that this Senate impeachment trial shouldn’t be happening at all right now, and essentially voted that this trial could only have happened while Trump was president, even though they themselves were the ones it blocked that from happening when they were in charge. They were the ones who insisted there would be no trial while Trump was in office. They are now saying because he was not tried while he was in office, he should not be tried at all. They are not going to allow him to be tried while he is president and they are not going to allow him to be tried after he is president and so they roll. And we know that.

At first it was too early, now it’s too late

If the Republicans wanted to come off as credible in their argument against Donald Trump’s impeachment and conviction, they could at least have stayed consistent.

Instead, they curled up in a pretzel last month, first saying Trump’s impeachment was too early, and then voting Tuesday to declare the process unconstitutional, arguing that it was too late.

While the GOP argument against Trump’s impeachment was ubiquitous, one thing was consistently clear: Republicans are too cowardly to put their country before Donald Trump.