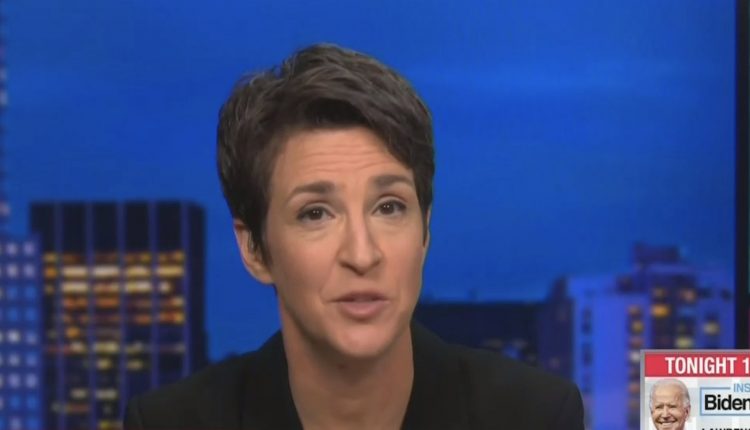 Rachel Maddow applauded the Biden administration Thursday for not messing around as it moves quickly to clean up the mess Donald Trump left behind.

The MSNBC host said the new White House was competent, seemed to know what it was doing, and was not wasting a moment trying to restore normalcy to the federal executive branch.

“We have press conferences again and they are healthy,” said Maddow. “The new people seem to know what they’re doing. They don’t seem to be messing around either. “

Rachel Maddow talks about how quickly the White House has changed since taking over Joe Biden on Wednesday. #maddow pic.twitter.com/K98QWwTXPd

The Spanish language website of the White House has been restored and the surgeon general will be replaced. And they stopped building the wall on the border. And they have imposed a moratorium on deportation and have rejoined the WHO. And they have rejoined the Paris Climate Agreement. And we have press conferences again. And they are healthy. The change is real. The new people seem to know what they’re doing. They don’t seem to be messing around either. And that’s part of what we see and radically adjust on that first, full, new day.

Biden and his team move at lightning speed

Although the previous government refused to work with them during the transition, the Biden team appears to be running like a well-oiled machine.

In less than 48 hours, Biden has taken significant steps on everything from pandemic to climate change to immigration.

On Thursday, his first full day in office, Biden released a 200-page national COVID strategy, making it clear that medical experts like Dr. Anthony Fauci – not a commentator on Fox News – will advise him.

No doubt there will be setbacks for the new White House in the days and months ahead. After all, America is in the midst of multiple crises and administrations stumble and encounter speed fluctuations even in the best of times.

But in less than two days, Joe Biden and his team are clearly not playing around. You are moving fast to undo the damage of the Trump years.