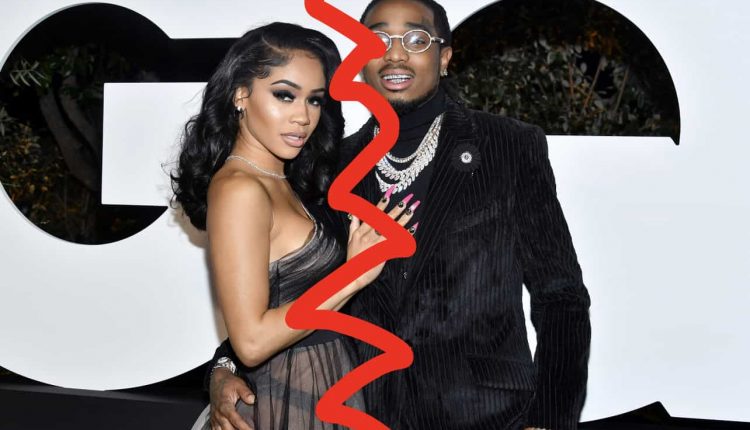 Quavo’s sister and Saweetie’s aunt enter the chat and go head-to-head over the couple’s latest breakup!

Fans are still trying to process the shocking news that Quavo and Saweetie are no longer the golden couples of hip hop … and if the first 24 hours are any indication, things could get really ugly as rumors, subliminals and receipts continue to fly. As of now, it seems like the former couple addressed the situation as publicly as they care to – but it’s their relatives who are just getting started.

First, it was Quavo’s sister Shara, who apparently didn’t appreciate Saweetie’s tweets, who apparently claimed that Quavo cheated on her was the reason for their breakup. So she went to her Instagram Stories and wrote this:

“I’ve been quiet long enough … I’m seeing this turn into a bash feast for my brother, and it’s not going to happen at all. Neither of you will know what Saweetie is like in real life, but I know and it’s not that good at all … “

Then Saweetie’s aunt said “aht aht” and added her two cents on Twitter:

“Now now! Do we need Whitty to broadcast this MF? I’m not as nice as old Shara! What she hasn’t gone to is talking bad about my niece, I’m becoming very disrespectful of mine. Ever since we got our noses in that.” Other people’s business … Talk about how she was silent long enough. Girl, it hasn’t even been 24 hours. GTFOH ”

She added a little more seasoning to the output, adding:

“And listen … I would never have talked about it … their business is the business, I keep TF away from it, but if sisters want to put themselves in it it becomes my business.”

However, Shara wasn’t done yet and jumped once more to defend Quavo:

“Who’s Whitty B ** ch? I don’t know about you and you don’t know about me, but I know that your niece is a self-centered woman who knows what the body likes! You want to ventilate this, let it run, this is not what you want! Trust me! Only reason I was nice to you because of Qua! “

Kent Taylor, founding father of the Texas Roadhouse, dies aged 65 after taking his life after preventing for Covid