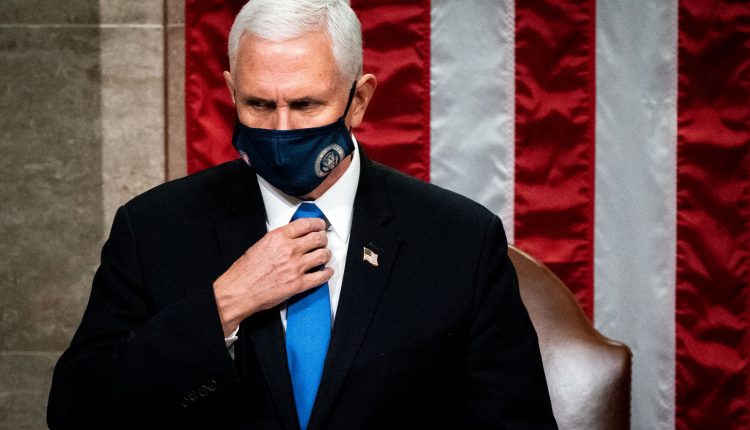 Pence will attend the inauguration of President-elect Joe Biden

Pence’s decision to watch Biden’s swearing-in ceremony on January 20 in the U.S. Capitol marks another public break with President Donald Trump since the riots that rocked Washington. On Friday, Trump said he would skip Biden’s inauguration, a move that appeared to undermine the president’s message of national “healing and reconciliation” the day before.

Speaking from Wilmington, Delaware on Friday, Biden welcomed Trump’s decision, calling it “one of the few things we ever agreed on”.

At the suggestion of Pence’s potential participation, Biden said it was “an honor to have him there and to help advance the transition.”

“I think it is important that we stick as closely as possible to the historical precedents and circumstances under which an administration changes,” said Biden.

U.S. President-elect Joe Biden attends a briefing to make comments on the U.S. response to the coronavirus disease (COVID-19) outbreak on December 29, 2020 at his headquarters in Wilmington, Delaware.

Traditionally, incoming and outgoing presidents drive together from the White House to the US Capitol for the inauguration ceremony.

Trump isn’t the first outgoing president to skip his successor’s inauguration. The others, according to the White House Historic Association, were Presidents John Adams, John Quincy Adams, and Andrew Johnson. Like Trump, Johnson was also charged.

Before the inauguration, which takes place in less than two weeks, more than 6,200 National Guard personnel will be stationed in the country’s capital and will stay in the region for at least 30 days.

The mobilization ensures that the members of the National Guard are available for Biden’s inauguration in the Capitol.