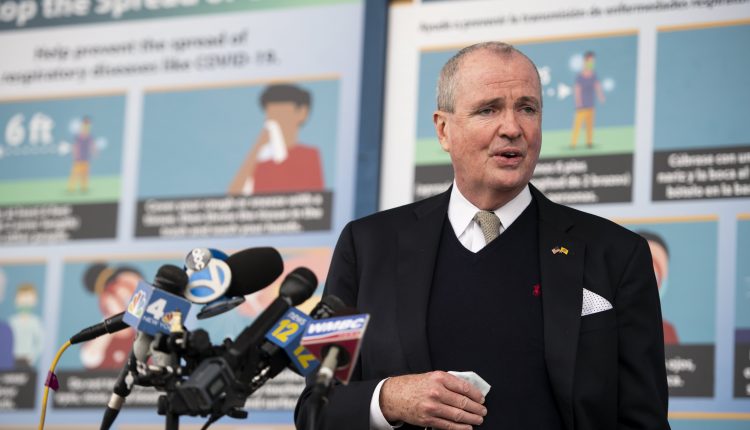 New Jersey Governor Phil Murphy speaks at a press conference after touring the vaccination site at the New Jersey Convention and Exposition Center Covid-19 in Edison, New Jersey on January 15, 2021.

New Jersey Governor Phil Murphy announced a new offer on Monday to promote coronavirus vaccinations: get your first dose in May and get a free beer.

“We’re not going to be afraid to try new things,” said Murphy as he presented the new program, called “Shot and a Beer”, at a press conference.

Thirteen New Jersey-based breweries are participating in the program, which Murphy says is only available to citizens 21 and older.

These New Jerseyers must show their vaccination cards as evidence before receiving their reward, the Democratic governor said.

The breweries themselves pay for the cost of the free drinks, said Murphy, who suggested that more beer makers could be added to the list soon.

The program came from the New Jersey Department of Health in association with the Brewer’s Guild of New Jersey.

The Garden State is hardly the first to suggest an incentive for people to get vaccinated.

Connecticut has its own alcoholic incentive with its “Drinks On Us” campaign: residents who get fully vaccinated and show their vaccination cards at certain restaurants will receive a free drink between May 19 and 31.

Incentive or no, vaccination rates are increasing. More than 29% of the US population is fully vaccinated, and cases and deaths from Covid are declining, according to Johns Hopkins University.

But a significant number of Americans say they are not ready to get vaccinated. A survey by Monmouth University published in mid-April found that roughly one in five Americans said they didn’t get the shot.

This is causing health officials and leaders at all levels of government to urge more people to seek and get their vaccinations.

The “Shot and a Beer” campaign is just part of New Jersey’s broader programs aimed at bringing the state back to a more normal summer as the fight against the pandemic continues.

Murphy announced the free beer plan after detailing the “Grateful for the Shot” initiative, which allows parishioners to walk straight to vaccination sites from church services.

It’s “maybe on the other end of the spectrum” of incentives, Murphy said.