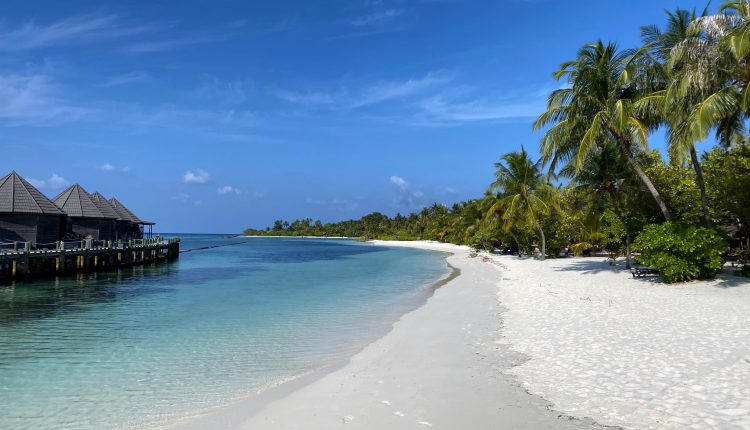 The Maldives will soon be offering vaccinations to visitors upon arrival. This is part of their tripartite initiative to revitalize the country’s hard-hit travel sector, said the tourism minister.

Currently, visitors to the Maldives must present a negative polymerase chain reaction (PCR) test and proof of hotel booking to gain entry. Mausoom said the country’s health protection agency will “very soon – maybe even this week” make an announcement of unrestricted entry to vaccinated arrivals.

The Maldives, an archipelago state in South Asia known for its tropical beaches and pristine waters, is heavily dependent on its tourism industry. Around 67% of the gross domestic product (GDP) comes directly and indirectly from the sector.

The Minister of Tourism would not be pressured into a timetable for introducing visitor vaccination. He noted that the government’s priority is to ensure that all resident populations get their first and second shots first.

However, once that process is complete, the country will be ready to vaccinate arrivals, he said.

I don’t think the supply in the Maldives is a problem because our population is relatively small.

Mausoom didn’t say whether the comers are expected to pay for their shots, but he said supplies would not be an issue.

He said the country has received vaccine donations from India, China and the World Health Organization’s Covax program, which is designed to ensure vaccines are distributed fairly and equitably. The Maldives have also ordered additional supplies from Singapore, he said.

“I don’t think the supply in the Maldives is a problem because our population is relatively small,” said Mausoom. “The quota that we receive from the various organizations and friendly nations will also help.”

White sand and clear water in the Maldives.

Mausoom said the tourism campaign is a necessary strategy to help the country meet its goal of 1.5 million tourist arrivals and 10 million overnight stays this year.

“If we achieve this year’s goal, we will still be short of the country’s needs,” he said. “Still, that’s a lot better than we expected at the end of 2020.”

Work – Working in the Maldives has become very trendy. You see very rich executives, executives of companies who come here and are based here.

As early as this year, the Maldives received 350,000 arrivals as vacationers – mostly from nearby India – take advantage of the country’s limited entry regulations.

In the meantime, guests are booking longer stays, with many using the islands as a destination for so-called “workations” – or a working vacation. Mausoom said he was confident it would stay that way as tourists stay to receive both their first and second doses.

“Work – work is getting very trendy in the Maldives,” he said. “You see very rich executives, executives of companies, who come here and are based here.”