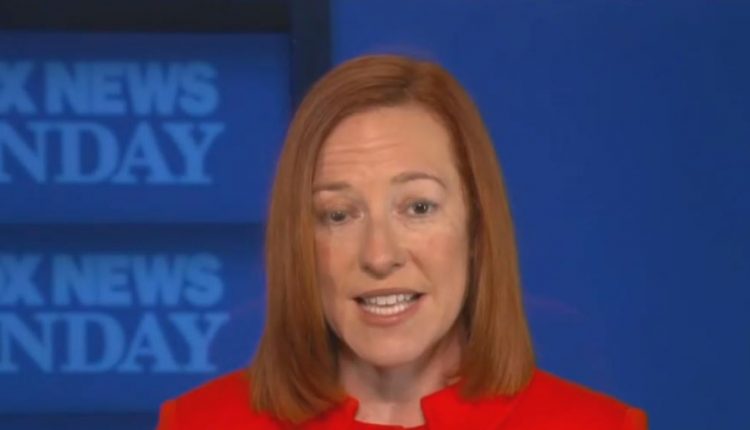 White House press secretary Jen Psaki took out the Fox News lie that there was an immigration crisis on the southern border.

Well, Chris, in fact, there has been about a 31% increase in the number of people coming to the border in the last few months of the Trump administration. We’ve seen a 29% increase since President Biden took office, but our focus is on solutions. Last week we opened again – we are open

I should say that several facilities have almost 7,000 beds so we can move these children from the border guards to shelters. We have also taken steps to speed up processing at the border. The border remains closed. It’s not open, we reject the majority of adults, but we’re really talking about children here and how we can handle them in the safest and most humane way.

The data show that the current situation on the southern border is not unprecedented. It happens several times a year. The difference is that Trump created a bottleneck by destroying the asylum system while sending migrants to Mexico to wait there.

Numerically, the situation at the border is not unusual. The Biden administration is being forced to rebuild the entire legal immigration system because Trump destroyed it.

Wallace’s question was based on the GOP’s false claim that Biden’s policies fuel an immigration crisis. The reality is that Joe Biden has replaced Trump’s policy of cruelty towards children with compassion.

Press Secretary Psaki has shown herself to be very adept at reading Fox News and breaking the record. It’s hard for Fox to claim they’ll be disfellowshipped if Psaki goes on their Sunday show to expose the lies.

The US is in a fragile place as Covid instances are rising alongside vaccinations, specialists warn