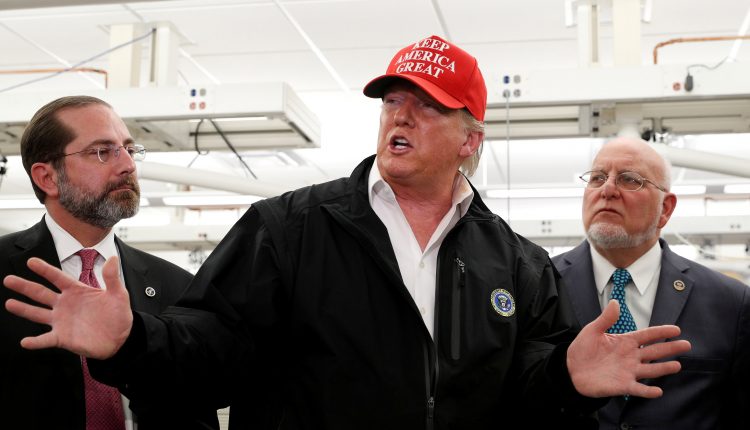 US Secretary of Health Alex Azar and the Director of the Centers for Disease Control and Prevention Dr. Robert Redfield, were summoned by a House panel looking into the Trump administration’s response to the Covid pandemic.

Rep. James Clyburn, chairman of the select subcommittee on the coronavirus crisis, said the panel issued the subpoenas on Monday, instructing the two officials to come up with documents that Clyburn said show political interference that the nation is responding to the pandemic hampered until December 30th.

“The subpoenas were necessary because the Select Subcommittee’s investigation showed that efforts to disrupt the scientific work at the CDC were far more extensive and dangerous than previously known,” Clyburn said in a statement.

The subcommittee also released new emails listing political representatives from HHS trying to disrupt the publication of the CDC’s prestigious weekly reports on morbidity and mortality (MMWR). A series of emails released by the subcommittee on Monday showed candidates at HHS, including then-scientific advisor Paul Alexander, planning to publicly reprimand a published MMWR.

A draft of this counter-argument, which was never made public, claimed that the MMWR, which deals with the malaria drug hydroxychloroquine, “presented factual information with an agenda” and could “prevent the news from providing proper coverage of a true” miracle cure “. ‘”

At the start of the pandemic, hydroxychloroquine was touted as a highly effective treatment for Covid-19 by President Donald Trump and others. The Food and Drug Administration approved emergency use to treat Covid, but later withdrew from approval, admitting that there was evidence that the drug could actually exacerbate some health conditions in Covid patients.

Dr. CDC’s Charlotte Kent stated in an interview with the subcommittee that public refutation of the CDC’s MMWR “could undermine confidence in the CDC and in the quality of science that is in MMWR.”

This is the latest news. You can find updates here.