The Delta variant is raging in Florida. And the state is nearly setting daily records for cases of COVID-19. One might never know how bad it is, though, if they paid attention to governor Ron DeSantis.

DeSantis has frequently given himself a pat on the back for his performance during the pandemic. Right now, however, the state has become the epicenter for the virus.

The governor doesn’t seem to care. Today was the first day of school for many Florida students. And DeSantis seems more concerned about keeping masks off their faces than keeping them safe from COVID.

Rick Wilson tore into the Florida governor today during an appearance on MSNBC. The former Republican strategist told Joy Reid:

“I just saw his schedule for tomorrow, no calls with the Department of Health or C.D.C. or hospitals or no calls with county health officials — nothing! He is doing a Ron DeSantis love me tour in the state of Florida. I think it is possible he doesn’t give a damn and doesn’t care.”

Watch a clip of the segment below, courtesy of MSNBC: 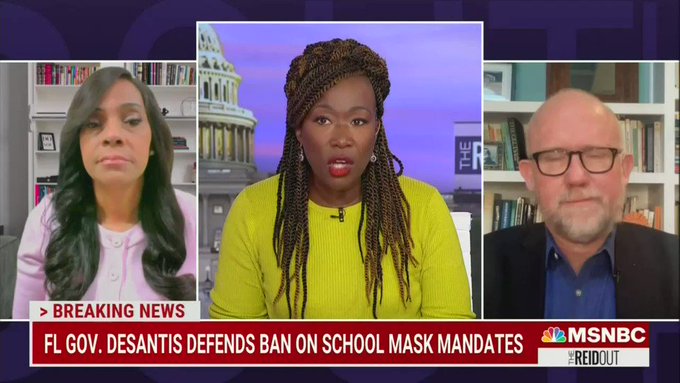