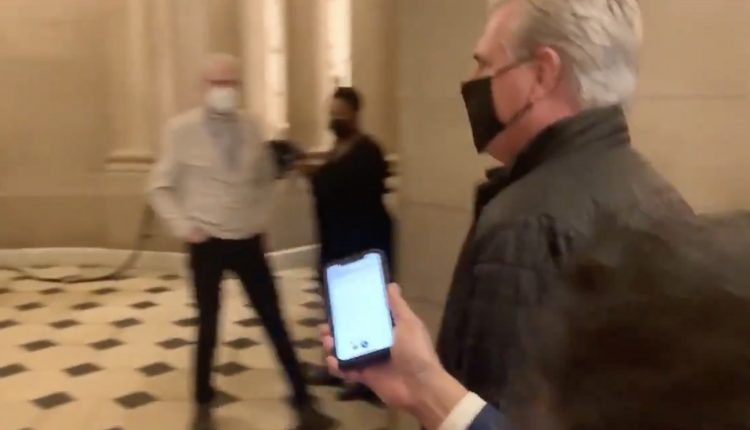 Although GOP Senate Majority Leader Mitch McConnell admitted Tuesday that Joe Biden and Kamala Harris will be sworn in as the next president and vice president, not all Republicans are ready to accept the reality.

When asked if he recognized Biden as elected president, Republican house manager Kevin McCarthy ran away and hid from reporters.

“I was just asking House Minority Chairman Kevin McCarthy if he was ready to acknowledge that Biden won the election and is the elected president,” CNN’s Manu Raju said on Twitter. “He walked into Pelosi’s office in silence.”

Video of the moment:

No response from McCarthy pic.twitter.com/YfCcz8IT59

Rep. McCarthy was one of 126 GOP lawmakers who wanted to overthrow the elections

It’s shameful enough that so many Republican lawmakers, including Senator Mitch McConnell, have spent weeks dragging their feet instead of acknowledging what has long been clear: Joe Biden will be the 46th president.

But Rep. McCarthy went a step further, and joined 125 other Republican lawmakers in backing the Texas lawsuit that sought to reverse election results in four battlefield states.

This case was of course quickly laughed at by the US Supreme Court, even by Trump’s hand-picked judges.

While the case was swiftly dismissed by the Supreme Court, the names of all Republicans who supported Donald Trump’s attempted coup – including Rep. McCarthy – will be in writing forever.

This is something he can never run away from.

5 issues you need to know earlier than the inventory market opens on December 16, 2020