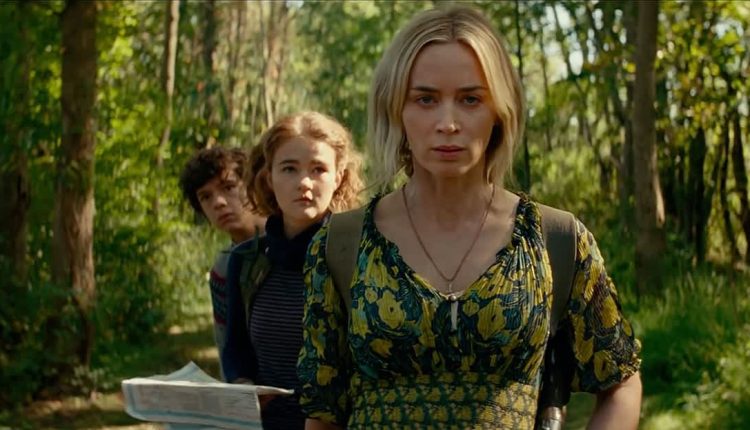 Film theaters made a comeback over Memorial Day weekend

The box office is bouncing back.

Over the four-day Memorial Day weekend, North American cinemas tallied nearly $100 million in ticket sales, the best performance since the start of the pandemic.

Although less than half of the $232 million haul garnered over the same weekend in 2019, this weekend was a bellwether for the movie theater industry.

“Any studio executive’s belief that a movie belongs on streaming, that model is shattered with the numbers [from this weekend],” Joseph Masher, chief operating officer of Bow Tie Cinemas, said Tuesday on CNBC’s “Worldwide Exchange.” “The profitability of [movies] is exclusive to the theater. We’ve proved it this weekend.”

The weekend boasted a $48.4 million three-day haul for Paramount’s “A Quiet Place Part II,” the highest film debut during the pandemic. For the full four-day holiday weekend, the film garnered $57 million.

The film opened just shy of the first “A Quiet Place,” which took in $50 million across its first Friday, Saturday and Sunday in theaters in 2018. Notably, only 72% of theaters were open for the sequel.

The film’s strong opening suggests “the demand for theatrical experiences has returned even as some movie theaters in the country continue to operate under certain restrictions,” JPMorgan analyst Alexia Quadrani said in a note to investors Tuesday.

Disney’s “Cruella” grabbed $27 million during the four-day weekend, a more muted result because the film was also released on Disney+ for $30.

A number of studios began experimenting with different release strategies during the pandemic as they waited for movie theaters to recover. Disney created premiere access, a $30 one-time cost to watch a new blockbuster feature.

As cinemas have reopened and vaccination rates have increased, the company has opted to release more films in theaters and offer this at-home streaming option at the same time.

Warner Bros.’ made the decision earlier this year to release its entire slate on HBO Max and in theaters on the same day. Universal and Paramount have struck deals with movie theater chains for shorter theatrical windows that allow the studios to place features on streaming services earlier than in previous years.

Masher expects that trend to reverse as the pandemic eases.

“Sitting in the room with strangers, even post pandemic, is something you can’t get some place else,” Masher said. “‘The Conjuring’ is coming this week. It will do well. ‘In the Heights’ is in two weeks. It will be available on streaming services as well. The studios are realizing that theater exclusive is the way to go.”

In fact, while Disney will release “Black Widow” and “Jungle Cruise” in theaters and on Disney+ for $30, its September release “Shang-Chi and the Legend of the Ten Rings” will be a theatrical exclusive.

Other major blockbuster releases coming this summer and fall include “F9,” “Dune,” “Snake Eyes,” “Free Guy,” “Eternals,” “The Green Knight,” “The Suicide Squad,” “Venom: Let there be Carnage,” “Spider-Man: No Way Home” and “No Time To Die.”

“We are back and not going anywhere,” Masher said.