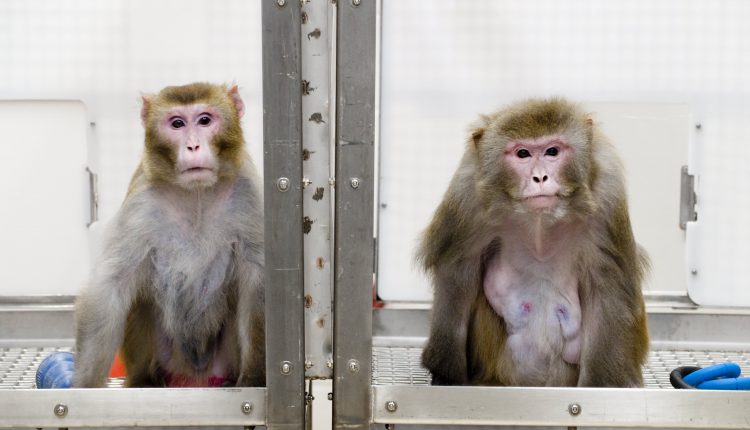 Neuralink, the brain-machine interface company founded by Elon Musk, CEO of Tesla, has released a YouTube video of a macaque monkey named Pager playing the Pong video game with his mind.

The 3-minute 27-second video that Musk shared on Twitter late Thursday appears to show the monkey controlling a computer with its brain activity.

In the video, a narrator tries to explain how pager pong can be played with his mind.

The nine-year-old monkey, who had two Neuralink devices attached to each side of his brain about six weeks ago, learned how to use a joystick to move a cursor over targets on a screen to get a banana smoothie delivered through a straw says the narrator.

He goes on to explain that the company’s “Link” devices recorded pager neuron activity as he interacted with the computer. It was possible because of the more than 2,000 tiny wires implanted in the regions of his motor cortex that coordinate hand and arm movements, the narrator said.

This data was then fed into a “decoder algorithm” to predict pager’s intended hand movements in real time.

After the decoder was calibrated, Neuralink said the monkey could use it to move the cursor where it wanted it instead of relying on the joystick.

In fact, the YouTube video shows pager controlling a paddle in the arcade game Pong while the joystick is unplugged.

In August, Neuralink ran a live demo of its technology on three pigs. An audience was shown real-time neural signals from one of the pigs Musk named Gertrude.

Ultimately, Neuralink, headquartered in San Francisco, wants to increase the speed at which information can flow from the human brain to a machine.

While the technology is still in its infancy, Neuralink hopes their devices will soon enable paralyzed people to operate machines with their minds.

On Thursday, Musk said the first Neuralink product would enable a paralyzed person to use a smartphone with their mind faster than someone using their thumbs.

The AI ​​is only getting smarter, and Neuralink’s technology could one day allow people to “ride along,” Musk said in a January interview at the clubhouse.

To illustrate the pace of advancement in AI, the innovator – who believes machine intelligence will ultimately outperform human intelligence – pointed to breakthroughs in research laboratories like OpenAI, which he co-founded, and DeepMind, a London AI laboratory, which was acquired by Google in 2014. DeepMind “basically has no more games to win,” said Musk, who was an early investor in the company.

According to Musk, people are already “cyborgs” because they have a tertiary “digital layer” thanks to phones, computers and applications.

“With a direct neural interface, we can improve the bandwidth between your cortex and your digital tertiary layer by many orders of magnitude,” he said. “I would probably say at least 1,000 or maybe 10,000 or more.”

The digital plane he is referring to can be anything from a person’s iPhone to their Twitter account.

Long-term, Musk claims that Neuralink could enable humans to send concepts to one another using telepathy and after death to exist in a “saved state” that could then be put into a robot or another human. He admitted that he was into science fiction.

17 issues to maintain your cat busy whereas working from house