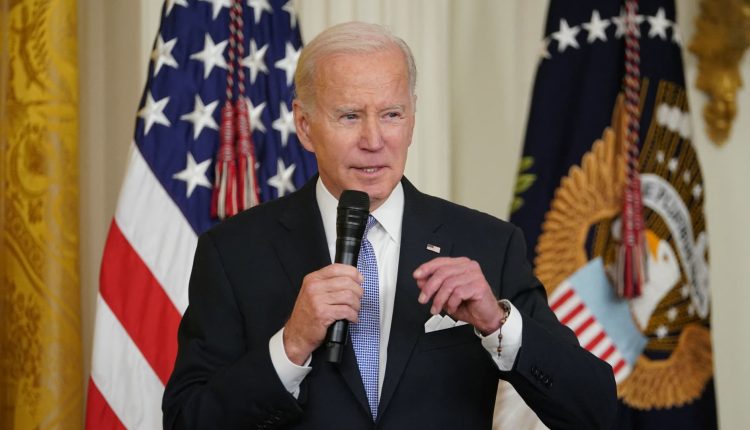 The discovery marked the fourth time since November that classified records or material have been found at a Biden home address.

His personal attorney, Bob Bauer, said in a statement the Justice Department had “seized six items consisting of documents with classification marks and surrounding material.”

Joseph D. Fitzpatrick, Assistant US Attorney for the Northern District of Illinois, told NBC News, “I can confirm that the FBI conducted a planned consensual search of the President’s residence in Wilmington, Delaware on Friday.”

Some of the items dated from Biden’s tenure in the Senate, where he represented Delaware from 1973 to 2009, Bauer said. And some of the articles were from his tenure as Vice President in the Obama administration from 2009 to 2017.

In addition to those records, FBI agents who didn’t have a search warrant also seized some notes Biden handwritten while he was vice president, the attorney and the White House said.

Neither Biden nor First Lady Jill Biden were present at the search, according to Richard Sauber, special adviser to the president.

The items join an undisclosed number of classified government documents previously uncovered by attorneys working for the president.

A small number of classified records were first found by Biden’s lawyers on Nov. 2 in a private office he kept at a Washington, DC think tank after he ended his tenure as vice president in the Obama administration in 2017.

The White House only announced this discovery on January 9th.

On December 20, a small number of classified records were found in the garage of Biden’s Wilmington home.

A single page of classified material was then found at the Wilmington residence on January 11th. Then the next day, five more pages of classified records were found in a room next to Biden’s garage when Justice Department officials traveled there to take possession of the single page found the previous day.

The White House said that when the president’s attorneys found the earlier documents, they immediately notified the National Archives and Records Administration and the DOJ.

Friday’s search marked the first time it was publicly revealed that federal law enforcement had conducted a search for government documents at Biden’s home addresses.

Former President Donald Trump is under criminal investigation by another special counsel for taking hundreds of classified records and other government documents from the White House when he left office. Trump is also being watched for possible obstruction of justice, with government officials blocking efforts to recover those documents.

In early August, the FBI searched Trump’s home at his Mar-a-Lago club in Palm Beach, Florida, where it found thousands of pages of government documents. The FBI had a search warrant in this case.

By law, presidents and vice presidents must return government documents to the National Archives when they leave office.

Biden and the White House have been criticized for the two-month delay in disclosing the discovery of the first batch of classified documents at the Penn Biden Center for Diplomacy and Global Engagement in Washington.

That first discovery came six days before the midterm elections, when the balance of political party control in both houses of Congress was at stake.

And critics have questioned why searches of other private locations maintained by the President were only conducted after the White House announced the initial discovery.

Bauer said in his statement Saturday that the president’s legal team offered to grant “immediate access” to Biden’s private residence “to allow the DOJ to search the entire premises for potential vice presidential records and potentially classified material.”

He said the offer was “made in the interest of moving the process forward as quickly as possible”.

“The DOJ requested that the search not be released in advance, per its standard procedures, and we agreed to work together,” Bauer said.

He said that the DOJ “completed a thorough search of all materials at the President’s home in Wilmington” on Friday.

“It started at about 9:45 a.m. and ended around 10:30 p.m. and included all the work, living and storage spaces in the house,” Bauer said. “By arrangement with the DOJ, representatives from both the personal legal team and the White House Office were present.”

“The DOJ has taken possession of materials it deems relevant in the course of its investigation, including six items consisting of documents with classification marks and surrounding materials, some of which were from the President’s Senate service and others from his tenure as Vice President,” said farmer.

The attorney said: “As noted in the statement we released on January 14, we have attempted to balance the importance of public transparency, where appropriate, with the established norms and limitations necessary to protect the integrity of the investigation. “

Sauber, Biden’s White House counsel, said in his own statement, “The President and his team are working quickly to ensure the DOJ and Special Counsel have what they need to conduct a thorough review.”

“The President has committed himself to dealing with it responsibly from the start because he takes it seriously,” said Sauber.