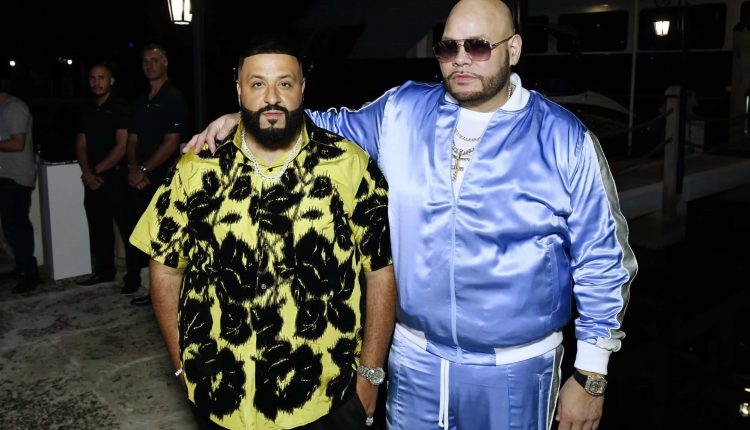 Look, if we’re honest 2021 was a bit mixed up. We’ve definitely seen a lot of good things in the only three weeks we’ve met, but some people believe the stink of 2020 is still lingering a bit – like it was today when DJ Khaled announced he and Fat Joe would start a joint OnlyFans.

While their platform was primarily associated with sex work – especially during the covid pandemic when people turned to the site for another source of income after the world shut down – celebrities also used the popular app to bring up exclusive content to share with their fans.

And that seems to be the case with DJ Khaled and Fat Joe. We’re not mad at them for adding another source of income to their millions, but fans seem a little confused by this new venture.

Khaled’s promotion for the account announced a rematch basketball game between him and Fat Joe that will debut in about a week.

“#FANLUV @fatjoe and I are officially bringing THE LIGHT to @OnlyFans. I told @fatjoe we needed a legendary rematch,” tweeted DJ Khaled. He had to add: “Let us be very clear that we are only motivating, inspiring and only spreading a positive mood.”

But DJ Khaled’s disclaimer must have gone over the heads of fans for tearing up Twitter on Tuesday over the announcement.

“DJ (Khaled) and Fat Joe at OnlyFans together could mean so many things that I don’t want to imagine,” wrote a Twitter user.

DJ Khalid and Fat Joe at OnlyFans together could mean so many things that I don’t want to imagine pic.twitter.com/Qw7GrPoR3Z

Here are a few more reactions:

Fat Joe got an onlyfans pic.twitter.com/occKTHNv8K

To explain in tears to my wife that the only $ 30 monthly fee is just my membership in the DJ Khaled & Fat Joe positivity club https://t.co/VM2iBQBbiu