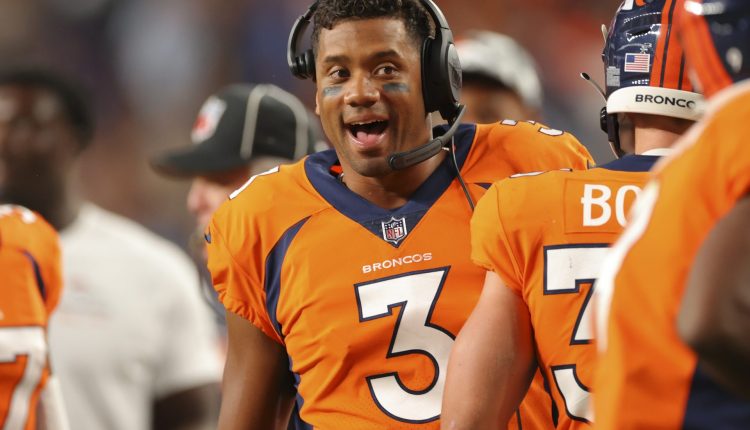 Russell Wilson has yet to play his first regular season game as the Denver Bronco and has already secured a contract extension with the organization.

According to ESPN, the Broncos and Russell have agreed to a five-year, $245 million contract extension with $165 million guaranteed. He will now be under contract with the team for the next seven years and $296 million.

As previously reported, the Seattle Seahawks sold Russell to the Broncos back in March. ESPN reports that the Broncos traded five of their draft picks, including two first-round picks and two second-round picks, and three of their players to acquire Russell. This season Russell is expected to earn $24 million and next season he is expected to earn $27 million. The contract extension will keep him in Denver until 2028 and earn him an average annual salary of $49 million.

Back in June, Russell spoke about moving to the Broncos post-trade, saying:

“It’s been a blessing to come here, just to be in a great city like Denver, to be a part of it, with so many great teammates and a great coaching staff. But also when the trade was supposed to happen, I said, ‘Hey listen, I want to make sure I’m going to a town that wants to win. I want to make sure I go to a team that wants to win. And I want to go to a city that knows how to win.” And all three of those things have been ticked off here in Denver and I think we have a chance.”

Russell’s wife Ciara shared how proud she is to hear the news of his contract extension, saying:

Baby @DangeRussWilson I’m so proud of you! You are the most dedicated and hardworking person I know! It was so nice to see you becoming a bronco! So excited for the upcoming trip! You are 1 of 1! My biggest inspiration. I love you so much! ❤️❤️❤️🐐🐐🐐 #3 @Bronco’s #LetsRide