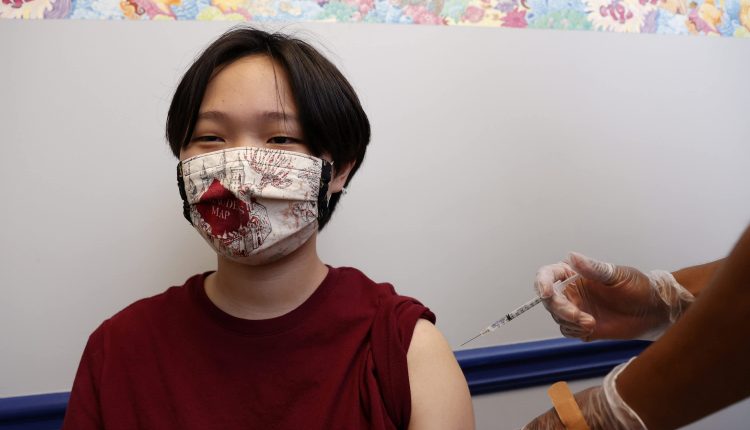 The number of U.S. coronavirus cases continued to decline on Wednesday. The national average was 36,700 a day for the past week, data from Johns Hopkins University shows. This is the lowest number of average daily cases since September 14th.

The U.S. reports an average of 2.2 million daily vaccinations over the past seven days, and more than 46% of the country’s population has received one or more shots, according to federal data.

Vaccination numbers could rise in the coming weeks as the Centers for Disease Control and Prevention Wednesday approved expanded use of Pfizer and BioNTech vaccine for 12-15 year olds, clearing the way for pediatricians to join in Vaccination to begin recording across the country on Thursday.

The number of cases in the US has dropped sharply in the past few weeks. The country is now seeing almost half as many cases per day as it did when it last peaked a month ago. The most recent 7-day average of daily cases is 36,700, compared with more than 71,000 in mid-April, according to data from Johns Hopkins.

The daily caseload has dropped 5% or more in more than 40 states over the past week.

Johns Hopkins data shows the last 7-day average of U.S. Covid deaths is 618 per day. That’s 9% less than a week ago.

About 2.2 million vaccinations are reported daily in the US, based on a 7-day average from CDC data.

The pace of daily shots has declined from a high of 3.4 million a day in mid-April, as many of those most ardent and able to get a shot have already done. The daily average has increased slightly in the last few days, rising from just under 2 million on Saturday.

Approving the use of the Pfizer shot for children could increase daily vaccination numbers in the coming days and weeks.

Approximately 46% of Americans have had at least one vaccine and 35% are fully vaccinated, according to CDC data.