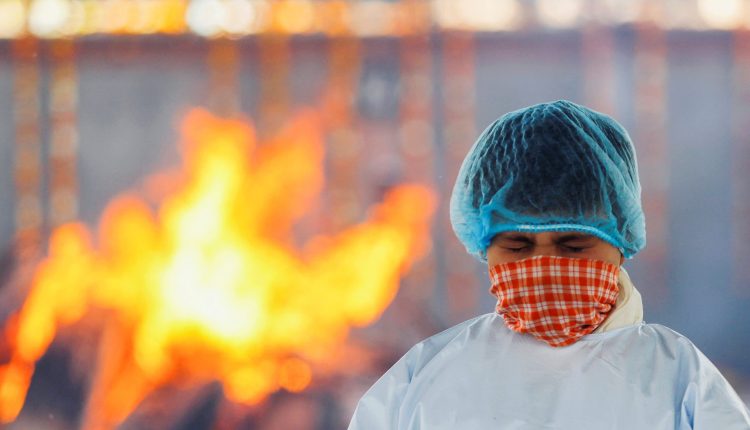 A boy reacts next to the body of his father, who died of coronavirus disease (COVID-19), in a crematorium in New Delhi, India, on April 24, 2021.

LONDON – The threat to Europe from the coronavirus “remains,” the World Health Organization said Thursday, despite the recent drop in new cases, hospitalizations and deaths in the region.

“It has been 462 days since the first Covid-19 cases were reported. Based on the number of confirmed cases, 5.5% of the total European population had Covid-19, while 7% completed a full series of vaccinations,” he said WHO Regional Director for Europe, said Dr. Hans Kluge in a press conference on Thursday.

“But even if new cases, hospital stays and deaths decrease, the threat remains,” warned Kluge.

The virus still has the potential to wreak havoc, he added, noting that almost half of all reported infections in Europe since the pandemic began actually occurred in the first four months of this year.

However, as a sign of hope for the region, he added that “for the first time in two months, new cases fell significantly last week. Nevertheless, infection rates in the region remain extremely high.”

The comments are found amid a mixed picture of recovery around the world. As India grapples with a devastating surge in cases and a lack of medical care, other parts of the world are starting to reopen their economies.

In Europe, the UK is steadily lifting its lockdown and the introduction of vaccinations is progressing rapidly. To date, nearly 34 million adults in the country have received a first dose of a coronavirus vaccine, and over 13 million people have had two doses, government data shows.

In mainland Europe, according to the European Center for Disease Control and Prevention, over 133 million doses of Covid vaccines have been administered in 30 countries in the European Economic Area (EU plus Iceland, Liechtenstein and Norway).

The speed of vaccination programs varies widely across the EU, with some countries advancing faster than others.

WHO’s Kluge called on governments not to allow vaccination programs, public engagement for vaccines, or surveillance of the virus.

“Where vaccination rates are highest in high-risk groups, hospital admissions and death rates fall. Vaccines save lives, and they will change the course of this pandemic and ultimately help end it,” he said.

“We also need to be aware of the fact that vaccines alone will not end the pandemic.” Without informing and involving the communities, they remain exposed to the virus. Without monitoring, we cannot identify any new variants. And without tracing, governments may have to reintroduce restrictive measures. “