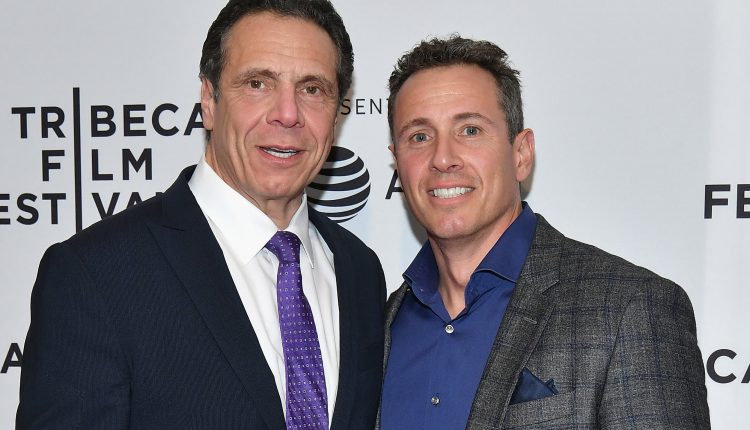 The calls – which included Cuomo’s top aides, lawyers and outside advisors – came earlier this year when several women accused the Democratic governor of sexually harassing them or otherwise feeling uncomfortable with his words or behavior, it says in the report.

In a statement to the Post, CNN confirmed that Chris Cuomo had participated in the calls.

Chris Cuomo, host of CNN’s “Cuomo Prime Time,” advised the governor on calls not to resign and encouraged him to crack down on the allegations, the Post reported, citing four people familiar with the discussions.

Richard Azzopardi, a spokesman for the governor, confirmed the calls had taken place and told CNBC in an email that “some phone calls were made with friends and advisers who gave advice to the governor”. Azzopardi did not respond when asked if Chris Cuomo was one of the governor’s advisors.

Chris Cuomo had interviewed his brother repeatedly on his broadcast about the coronavirus pandemic – an area in which the governor was initially praised for presenting an image of determination and transparency amid the crisis.

But when the cloud of scandal overshadowed Andrew Cuomo’s office, the CNN host said in March that he would not cover allegations of harassment against his brother “because he is my brother”.

Several investigations into the allegations against Andrew Cuomo are ongoing.

CNN told the Post that it was a mistake for Chris Cuomo to join the calls.

“Chris was not involved in CNN’s extensive coverage of the allegations against Governor Cuomo – either in the air or behind the scenes,” CNN told the Post. “Partly because, as he said on his show, he could never be objective. But also because he often serves as a sounding board for his brother.”

“However, it was inappropriateness to have discussions with the governor’s staff, which Chris acknowledges,” the CNN statement said. “He will not take part in such talks in the future.”

A CNN spokesman did not immediately respond to CNBC’s request for comment.