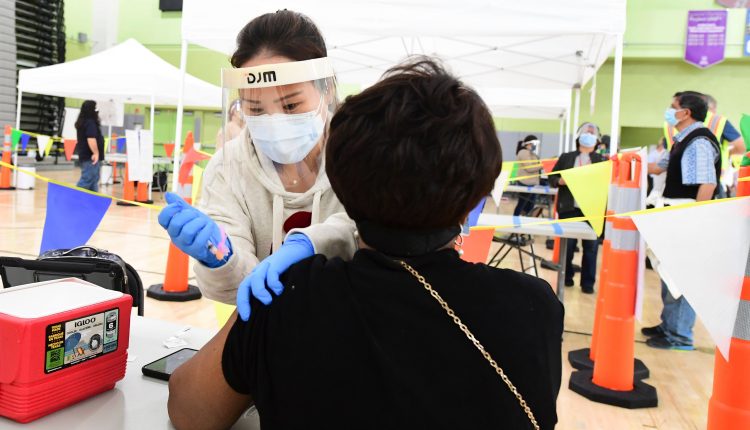 The Centers for Disease Control and Prevention released new data on Friday listing the most common side effects Americans have reported after receiving shots of Pfizers or Moderna’s Covid-19 vaccines.

The data is based on transmissions to the agency’s v-safe text messaging system and to the Vaccine Adverse Event Reporting System, a national program for monitoring vaccination safety. The analysis used data from the first month of vaccination between December 14 and January 13, when more than 13.7 million doses were administered.

The CDC said there were 6,994 reports of so-called post-vaccination adverse events, including 6,354 classified as “not serious” and 640 as “serious”, including 113 deaths. The mean age of vaccine recipients, according to VAERS data, was 42 years and the majority of adverse events occurred in women.

The most common side effects after receiving the vaccines were headache, tiredness, and dizziness, followed by chills and nausea. The CDC said people also reported muscle pain, fever, joint pain, and pain at the injection site.

Most commonly reported side effects (VAERS)

There have been 46 reports of anaphylaxis, a severe and potentially life-threatening allergic reaction, from those given Pfizer’s vaccine and 16 cases for those given Modernas, according to the CDC. The agency said the incidence of the response is within the range reported for the influenza vaccine.

Of the 113 reported deaths, two-thirds occurred in long-term care facilities, the agency said.

Medical experts say vaccine side effects are common and are actually an indication that the shots are working as intended. Many doctors advise the public to prepare for some more than usual side effects from the Covid-19 shots, especially after the second dose.

Both Pfizer and Moderna have recognized that their vaccines can produce side effects similar to symptoms associated with mild Covid-19, such as muscle pain, chills, and headaches. While the side effects can be uncomfortable, doctors say the vaccines are safe.

The CDC recommends talking to a doctor about taking over-the-counter medicines if you experience pain or discomfort after the recordings.