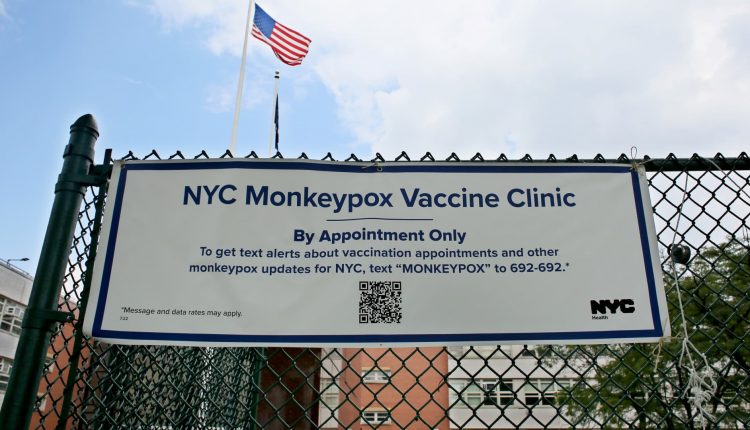 The Centers for Disease Control and Prevention is cautiously optimistic that the US is slowing the spread of monkeypox as new cases fall in several major cities.

“We’re watching this with cautious optimism, and really hopeful that many of our harm-reduction messages and our vaccines are getting out there and working,” CDC Director Dr. Rochelle Walensky told reporters Friday during an update on the monkeypox outbreak.

Although monkeypox cases are still increasing nationally, the speed of the outbreak appears to be slowing, Walensky said. The US has reported nearly 17,000 monkeypox cases since May, more than any other country in the world, according to CDC data.

In New York City, which has reported more infections than any other jurisdiction, new monkeypox cases have dropped from more than 70 per day on average to nine as of Thursday, according to data from the city health department.

dr Aswhin Vasan, the city health commissioner, said earlier this week the outbreak has slowed due to increased vaccination and community outreach efforts. New York City has reported a total of 2,888 monkeypox cases.

In Chicago, another major epicenter of the outbreak, new cases have dropped from 141 during the week ended July 30 to 74 for the week ended Aug. 20, according to that city’s health department. Chicago has reported a total of 807 cases.

“We’re not seeing the potentially exponential growth that we were seeing early on so that is reassuring,” said Dr. Allison Arwady, Chicago’s public health commissioner, during a Facebook live event earlier this week. “Too early to say things look really good, but definitely some signs of slowing of cases.”

The US is nearing the point where the entire community of gay and bisexual men who currently face the greatest health risk from monkeypox rwill have access to two doses of the monkeypox vaccine, according to Dawn O’Connell, head of the office responsible for the national stockpile at the Health and Human Services Department.

The CDC previously estimated that up to 1.7 million gay and bisexual men who are HIV-positive or are eligible for medicine to reduce their chance of contracting HIV face the greatest health risk from monkeypox.

The United States government has distributed 1.5 million doses of the CDC approved vaccine so far and more than 3 million doses should be available by when the latest distribution round is complete, according to O’Connell.

To date, the outbreak is disproportionately affecting Black and Hispanic men. About 30% of monkeypox patients are white, 32% are Hispanic and 23% are Black, according to CDC data. Whites make up about 59% of the US population while Hispanics and Blacks account for 19% and 13%, respectively.

The monkeypox vaccine, called Jynneos in the US, is administered in two doses 28 days apart. The patients will not have full protection from the vaccine until two weeks after the second dose is administered, according to the CDC. Data from 19 jurisdictions show that nearly 97% of the shots administered so far were first doses, according to Walensky.

About 94% of monkeypox cases are associated with sexual contact and nearly all of the people who have contracted the virus are men who have sex with men, according to Demetre Daskalakis, the deputy head of the White House monkeypox response team.

A CDC survey of 824 gay and bisexual men found that 48% respondents have reduced their number of sexual partners and 50% have reduced one-time sexual encounters during the current outbreak. A separate CDC study found that a 40% decrease in one-time sexual encounters would reduce the final percentage of gay and bisexual men infected with monkeypox by up to 31%.

“We’re actually seeing vaccine get out, behaviors change, harm reduction messages being heard and implemented,” Walensky said. “And all of that working together to bend the curve.”

Beyoncé’s Membership Renaissance occasion in LA bought out in minutes