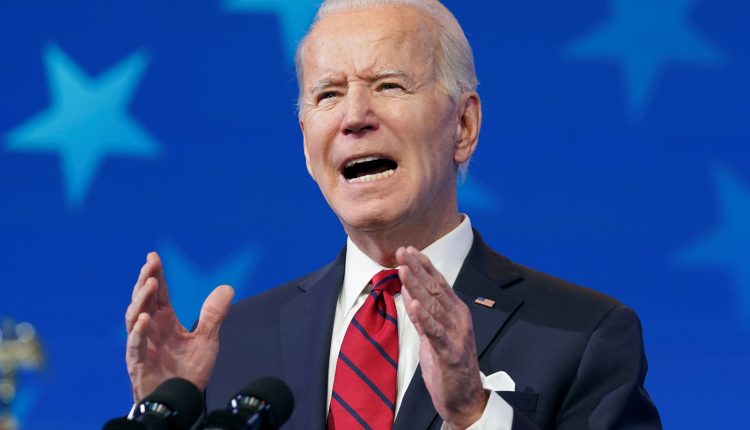 US President-elect Joe Biden speaks during a press conference on January 15, 2021 at Biden’s interim headquarters in Wilmington, Delaware, about his plan to give vaccines against coronavirus disease (COVID-19) to the US population.

“I know it’s ambitious – twice as much as our original goal – but no other country in the world has come close to what we’re doing,” Biden told reporters as he opened his first press conference as president.

As of Friday, there have been 100 million coronavirus vaccinations since Biden was inaugurated. That benchmark, which Biden set as his original goal on December 8, was met on his 59th day in office.

After a slower-than-expected rollout under former President Donald Trump, the rate of vaccination in the US has increased rapidly, receiving an average of 2.5 million doses per day over the past week.

If this vaccination rate is maintained, Biden’s 200 million dose target would be achieved in about five weeks or around April 23 – a full week before Biden would mark 100 days at the White House.

The federal government has signed a contract with Johnson & Johnson to supply 200 million cans. The first half of this order is expected by the end of June. Merck is helping make J & J’s Shot, which is a single-dose vaccine.

The government has also signed contracts with drug makers Pfizer and Moderna for a total of 600 million doses.

Secretary of Defense Lloyd Austin last month approved the deployment of more than 1,000 active troops to support the dispensing of Covid-19 vaccines in the US to speed up the pace of vaccinations.

Correction: This story has been updated to take into account that, as of Friday, 100 million coronavirus vaccinations have been had since Biden was inaugurated.