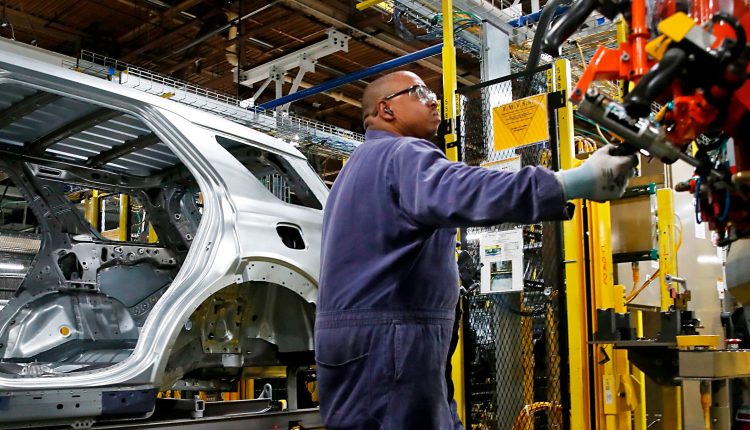 The settlement of a trade secret dispute between LG Energy Solution and SK Innovation Co. enables two Georgia plants to advance their plans to manufacture lithium-ion batteries for Ford and Volkswagen.

The companies agreed to cease litigation in the US and South Korea and not pursue any further lawsuits for a decade. SK Innovation is also paying LG Energy Solution $ 1.8 billion in cash and royalties.

The deal came ahead of the Biden government deadline on Sunday evening to reverse a decision by the U.S. International Trade Commission unless the battery makers reached an agreement.

The deal is a huge win for the Biden administration, which recently unveiled a comprehensive infrastructure plan that includes $ 174 billion in spending to boost the electric vehicle market and move away from gas-powered cars.

“We need a strong, diversified and resilient supply chain for electric vehicle batteries in the US so that we can meet the growing global demand for these vehicles and components – create well-paying jobs here at home and lay the foundations for the jobs of tomorrow.” “Said Biden in a statement.

The president’s proposal calls for the installation of at least 500,000 charging stations across the country by 2030, incentives for Americans to buy electric vehicles, and money to convert factories and improve domestic material supplies.

Failure to resolve the dispute may have cost thousands of jobs in Georgia and threatened the country’s EV market, which accounts for around 2% of new car sales.

The ITC ruled in February that SK Innovation had stolen trade secrets related to EV batteries and ordered the US to stop the company from importing supplies to build batteries.

SK Innovation threatened to close its $ 2.6 billion Georgia facility, which is under construction and could employ 2,600 people unless the ITC decision is overridden. If no agreement was reached, the Biden administration may have had to override the ITC to allow SK Innovation to build the facility.

“Today’s agreement is a positive step in that direction that will bring welcome relief to workers in Georgia and new opportunities for workers across the country,” said Biden.

Jong Hyun Kim, CEO of LG Energy Solution and Jun Kim, CEO of SK Innovation, said in a joint statement that the companies “would compete amicably for the future of the US and South Korean electric vehicle battery industries.” “”

“We are determined to work together to support the Biden government’s climate change agenda and develop a resilient US supply chain,” they said.