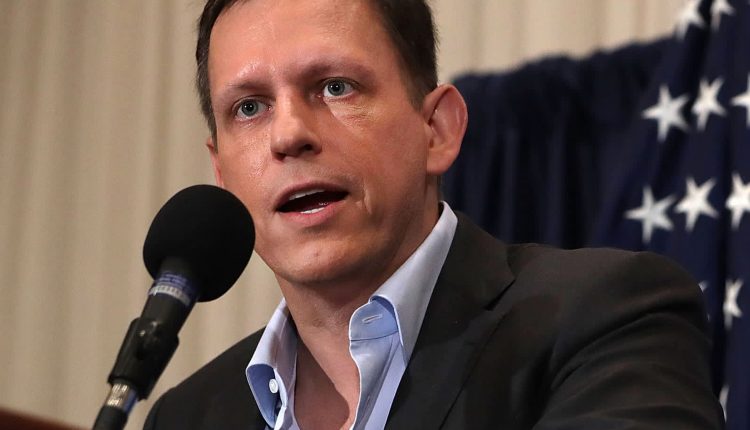 ATAI Life Sciences, a Peter Thiel-supported biopharmaceutical company developing psychedelics for the treatment of mental health, has acquired a majority stake in the US company Psyber.

Psyber is a company that wants to use brain-computer interfaces to treat people with mental illness.

ATAI, calling itself a drug development platform, was founded to acquire, incubate, and develop psychedelics and other drugs that can be used to treat depression, anxiety, addiction, and other mental illnesses.

The Berlin-based company, which was founded in 2018 by entrepreneurs Christian Angermayer, Florian Brand, Lars Wilde and Srinivas Rao, announced its majority stake in Psyber on Wednesday. It declined to reveal what it was offering Psyber in exchange for the majority stake.

In theory, a brain-computer interface enables direct communication between a human brain and an external device.

ATAI said that Psyber’s brain-computer interface technology, which is in its early stages of development, could one day help patients understand how drugs affect activity in their brain while improving the effectiveness and safety of their drugs.

ATAI said it will combine the development of its psychedelic compounds with the ability to record electrical activity in the brain to interpret emotional, behavioral and mental states in real time.

“By combining medicine and BCI-assisted therapy, the patient sits firmly in the driver’s seat as it is tailored to the specific needs of each individual,” said David Keene, director of digital therapy at Atai, in a statement.

Prahlad Krishnan, CEO of Psyber, said BCI has the potential to “change the world” as we know it.

“In the context of mental health, this is no exception, as each patient participating in BCI-based therapy has greater autonomy and is increasingly able to change their feelings and behaviors in order to improve their quality of life,” said Krishnan.

ATAI, which has around 50 employees in offices in Berlin, New York and San Diego, currently works with 14 companies focused on drug development and other technologies. In return for a controlling stake in the drugs and technologies they develop, ATAI helps scientists raise money, work with regulators, and conduct clinical trials. None of ATAI’s drugs have yet been officially approved by regulatory agencies.

“The great virtue of ATAI is taking mental illness as seriously as we should have,” said Thiel, co-founder of Palantir, in a statement shared with CNBC last November. “The company’s most valuable asset is its urgency.”

Thiel is a business partner of ATAI co-founder Angermayer and both have made a number of investments together. Beyond investing, it is not immediately clear whether Thiel plays a significant role at ATAI.

“We were introduced back in 2011 because we are both very interested in global politics,” said Angermayer, referring to his first meeting with Thiel, who was born in Germany. “I know many politicians as friends. During the euro crisis, I became a bit of a point of contact for many Americans and Asians who didn’t understand Europe at all. How complicated we are, but also how positive we are.”

Musk describes it as a Fitbit in your skull with tiny wires going into your brain.

Earlier this year, Musk said in an interview that Neuralink wired a monkey to use his mind to play video games.

A YouTube video showing the monkey playing the arcade game pong with his mind was shared by Neuralink on Friday.

Last August, Neuralink conducted a live demo of its technology on three pigs. An audience was shown real-time neural signals from one of the pigs Musk named Gertrude.